The standard operating procedures of high school, like P.E., were once again part of my routine. But not even the communal shower could bring me down. I was happily…back in action. Still, try explaining to a crazy person that you’re not crazy and you’ll get about as far as man jam in a diaphragm, so I was stuck going to counseling. Valerie still needed to work on her sensitivity, but even her lack of tact couldn’t burst my bubble. For a good couple hours there, it seemed like my life was on track to collide with my fantasy…until my tits collided with a couple hundred people’s phone screens.  And the one person who’d seen them up close and personal before they were public domain wasn’t doing anything to help my cause. Not only did my reality still suck serious ass, but apparently, so did my fantasy.

And even though they wanted to help, since I still hadn’t found the right moment to tell Tamara that I’d slept with Matty, they couldn’t fully understand the gravity of the tit-uation. If Matty hadn’t swiped my v-card, T’s solution of writing him off would have been perfect…but as it was, it was a double dash of salt in the wound and I realized that sometimes when I thought I was keeping a secret, the secret was really keeping me. I needed to tell Tamara that I had given Matty the gift of my Vag-i…but it still wasn’t the right time. 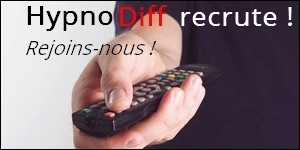